Although cannabis has been widely restricted and frowned upon, recently CBD and CBD products have taken the social media by a storm for its medicinal properties. However, the many benefits of CBD have not been unknown to mankind. Cannabidiol as it is extracted from cannabis or the marijuana plant; it is then diluted with a carrier oil such as coconut or hemp seed oil. Many sell high-quality CBD oil or products. Usually one would regard CBD to have psychoactive properties but it is a misconception which is why it makes an appealing option for many to use for the many benefits used since thousands of years and now backed by scientific evidence.

The first recorded evidence of its usage and benefits was in around 2700 B.C in China, when the Chinese Emperor used a CBD infused tea to cure malaria, memory, rheumatism, and gout. Queen Victoria, too, has been known to use CBD to mitigate menstrual cramps.

The First Discovery of Cannabinoids

An Irish physician was the first to study the benefits of cannabinoids back in 1839 in his published research which explored the medicinal effects of cannabis. In his study, he explored the potential benefits and medical applications which were rudimentary at that time but opened a gateway of important research today.

The First Discovery of Pharmacology of Cannabinoids

Research studies on this subject could not filter exactly what was contributing to these medicinal benefits however Dr Raphael Mechoulam was the very first person to make breakthrough research towards the understanding of cannabinoids and its various components. Later he discovered the effects of THC and dissociated Cannabinoids to have psychoactive properties.

The Popularity of CBD in the U.S

CBD products were becoming popular and people were being prescribed of such products to relieve anxiety, pain and depression. In 1996, marijuana was first legalized in California were seven other states followed. The legalization opened gateways for researchers to explore the benefits of cannabinoids in treating various ailments such as epilepsy, chronic pain and anxiety.

Negative Image of CBD and Marijuana

Marijuana has been regarded as a drug which is why it frowns about many communities. However, the personal stories and journey of people have led it to have a positive image from time which has taken a long-time but people have started exploring the many benefits from simple products such as a CBD oil or CBD gummies to relax and relieve from pain.

With the increased popularity of CBD and its benefits, it is continuing to have a positive image therefore the stigma of it being a drug negatively impacting the lives of people is discontinuing.  People are interested to learn about its benefits and most are curious to try it. However, there are seldom very few resources that sell genuine and high-quality filtered CBD products. One such reliable source is Ounecify where you can find a variety of products and the best CBD oil in the market. 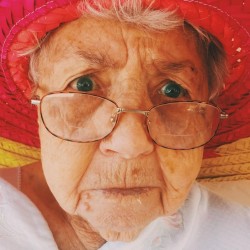 Follow Us
Latest posts by Ounceify (see all)
Benefits of CBD THC Free vs. Full Spectrum

THRIVE IN LIFE at Ounceify we believe in BETTER health for everyone. That’s why we take Pride In being Made in America. And manufacturer our products using American Made Only!

Disclaimer: These statements have not been evaluated by the Food and Drug Administration. These products are not intended to diagnose, treat, cure or prevent any disease. This product is not for use by or sale to persons under the age of 18. This product should be used only as directed on the label. It should not be used if you are pregnant or nursing. This website is not offering medical advice. Consult with a physician before use if you have a serious medical condition or use prescription medications. A Doctor’s advice should be sought before using this and any supplemental dietary product. By using this site, you agree to follow the Privacy Policy and all Terms & Conditions printed on this site. Ounceify uses CBD derived from organically-farmed industrial hemp. Industrial hemp contains less than 0.3% THC and is not a controlled substance according to the 2018 Farm Bill. Ounceify assumes no responsibility for any legal charges as a result of changing local/state laws. It is buyer’s responsibility to determine if any transaction from Ounceify.com and its affiliates is in violation with local rules and regulations. The information on this website is for informational purposes only and not for the purpose of providing legal advice.